Love this hair so much. I did like Cazy's textures but on darker colours it looked ultra shiney and lost its cool anime texture and ended up looking horrible. Granted mine isn't anime-y at all but oh well. <<:

So here's my version. Also note that on the female versions there are those weird hairline spots that are showing up super low on a LOW FOREHEAD. (that's what those specs are). It could just be that my sim's forheads aren't high enough for this hair and it didn't occur to me to raise them when I was taking pictures. If you look at Cazy's pictures, her sims have much higher foreheads than mine, so adjust accordingly. 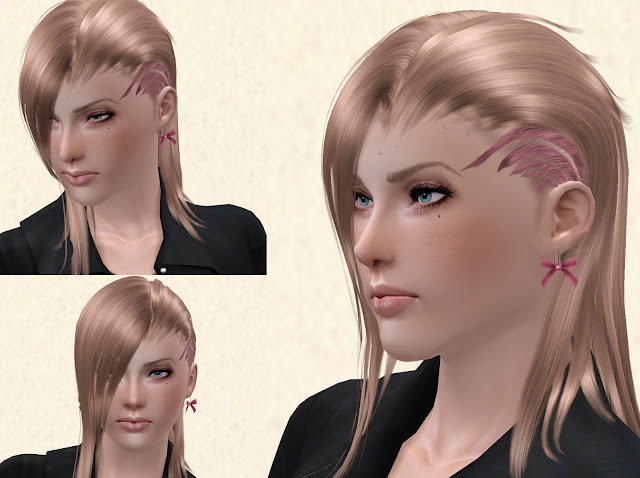 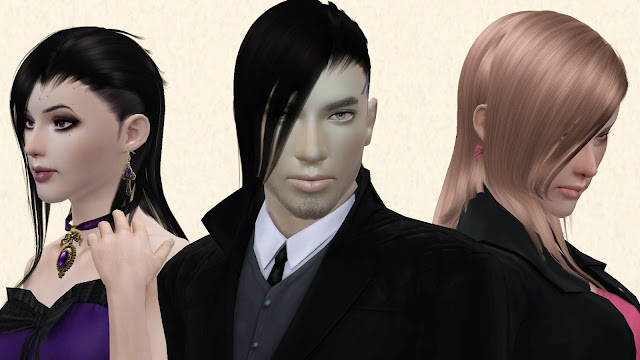 For both genders, one version (I planned on doing streaks but I got distracted by The Secret World so I will update in a bit). You can have my version and any other version in game at once (it's what I'm doing with Cazy's).

I'm working on the child version of Windy City, Vera and Sweet Scar as well.

Cazy for the mesh
Asari for the textures which I have edited
Control and specular are mine
And uh...oh God I'm not even going to bother with the cc pictured. THANK YOU TO THOSE AWESOME CC CREATORS. You made it so I could create the unrivalled in smexyness, Aaron.(well, Lapiz's sims are pretty hot too. Oh God)